08 May Baked puffs-cheese and capsicum

Well you can name it whatever you want, these cheesy puffs do not actually have a specified name. Veg puffs, cheese puffs, baked patties or whatever. the point is that they are awesome as snacks to gorge on and most importantly baked, so health friendly. In more simpler terms I would say they represent the mc puffs that are available at MC Donald’s. Not the same exactly but close to it i would say, although I haven’t put any sauces here in the fillings.

Puffs are generally very very difficult to make at home especially if you have to make the crust. Google a few recipes and all that you will see under instructions is to put the filling into market bought pastry sheets..Now that”s very easy, however when you don’t have these sheets on a  regular day an either want to have some snacks out of your cravings or its a case of emergency with sudden guests arriving and to escape the embarrassment of having an empty kitchen arsenal to offer anything to the guests, these ind of homemade stuffs come in so handy..And homemade stuffs for us Indians always score higher on a taste parameter then market bought stuffs. Am sure all Indians will agree with this statement. 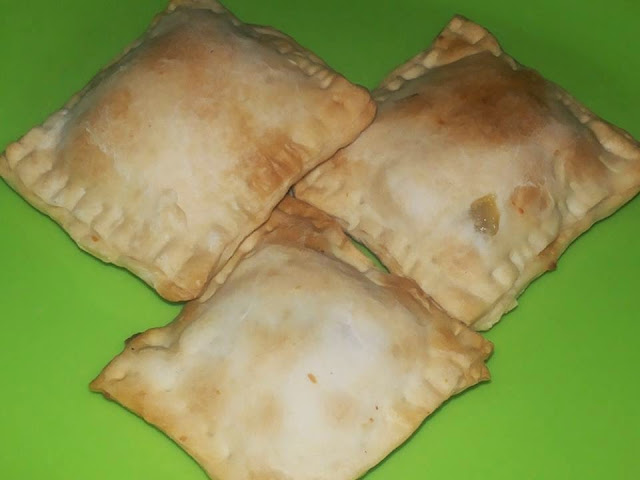 So absolutely simple ,with a twist of the baking process to escape the oil basically, these are super quick and easy to make. Of course I have made both the fried and baked versions, both having a different taste..Fried snacks are so popular in India that its almost difficult to replicate anything with something baked. But then with health hazards and while we practice healthy living , the baked or roasted versions of certain snacks sound so much better.And yes as they came out of the oven I was really surprised to see them with a texture that instantly connects  you to the mc puffs from McDonald’s. 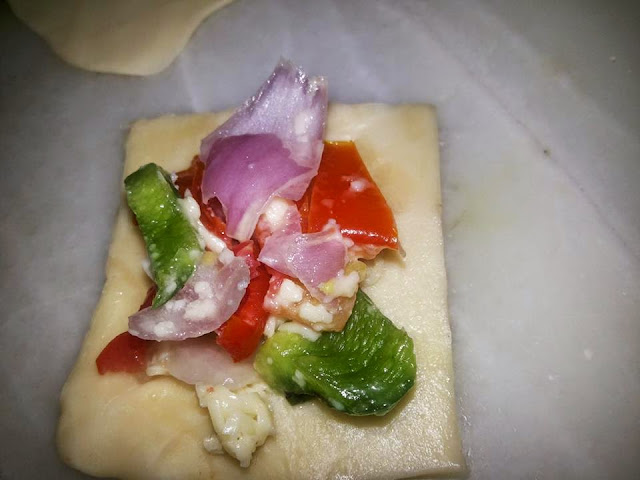 And I do prefer the baked version more then the fired not coz of the oil but coz of the texture as well.Its more solid and hard, without the oil dripping out and fetches a great taste with the cheese and the veggies. To make them look fancy I shaped them like Raviolis. Am showing images of both the baked and fried versions here. 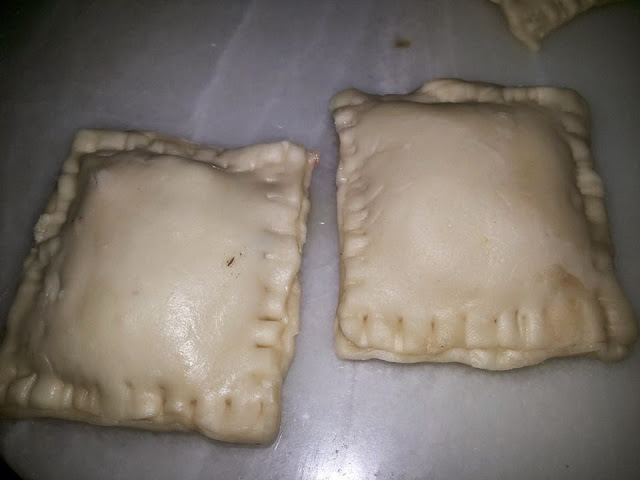 Ingredients:
All purpose flour-1 cup
Cheese grated- 1/2 cup
Capsicum-1 thinly chopped
Tomatoes-1 finely chopped
Onions-1 finely chopped
Salt-as per taste
Black pepper- as per taste
Oregano- little
Pasta Sauce/ Barbecue sauce( Optional)- I haven’t used here, but it tastes amazing with a bit of sauce mixed with the veggies as filling.You can avoid the cheese then. Either use sauce or cheese, not both

Now who would have though that baked puffs could be so amazing?? Well if you want it like the Mc puffs ,you could actually include a sauce in your filling..A little moist and juicy is how it tastes .I have made that version also with a mix of pasta and barbecue sauce as a filling with capsicum,onions and shredded chicken . Absolute delights to indulge . Oil free and healthy, you wouldn’t need to really think too much about savoring these small wonders. And at home if you plan to make them for visiting guests, I bet it would leave  them wanting for more .Baked or fried ,its your choice ,both tastes equally good . 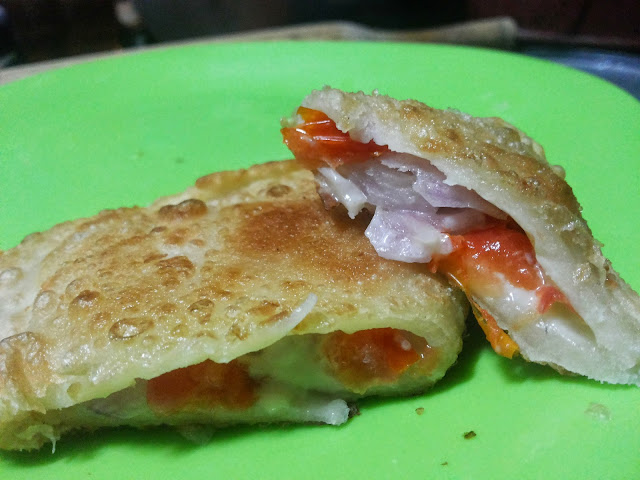